The Gift that Wanted Me 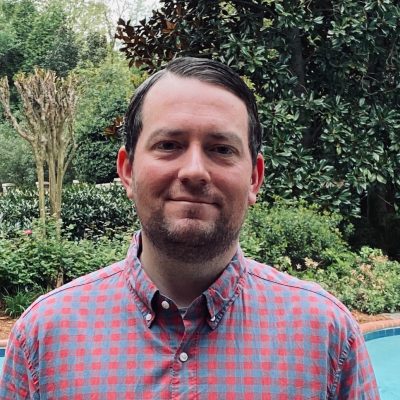 Have you ever been disappointed by a Christmas gift? You just knew that you were going to get that thing that you had been dropping hints about for weeks. The box was the right size, it sounded just right when you secretly shook the box, and it felt about the right weight. You saved it for last as you were opening presents just to savor that special moment. All was right; you had a huge smile and your face and then as you ripped open the paper, “this wasn’t the gift I wanted!” You did your best to hide your disappointment as your family gave you what they thought you wanted, or something that you had moved on from wanting.

Think back to the time of Christ’s birth. Prophets throughout history had foretold the coming Messiah. The nation of Israel was going to rise under their king and would throw off the bonds of the Roman empire. Great crowds gathered listening to his every word, and just knew that this was the One. The promised One. Then he started saying things like “my kingdom is not of this world,” he preached peace and submission to the ruling powers. He answered not a word as he was accused and brought before his many trials. He even “blasphemed” as he claimed to the Son of God.

How could this be? Was this a cruel joke? He was praised at histriumphal entry, and less than one week later, he was on a cross being mocked as a king. This couldn’t be the Messiah. This wasn’t how it was supposed to happen. “This wasn’t the gift we wanted.”

Yet, God had a larger, much grander plan. The Messiah’s birth, sinless life, death, and resurrection accomplished so much more than the temporal earthly kingdom for which so many longed. This baby Jesus that we celebrate this month was the Savior the World. The one whose humility would accomplish something so great that we still can’t comprehend the depth and breadth of what awaits us. We look with hope to the entire fulfillment of promise and our ultimate glorification in eternity. How could it be good for the promised Emmanuel to go away, so that God would truly be with us through the Spirit as a seal for what awaits us forever. A new heaven and a new earth is promised, and will become a reality that we experience one day, where our God will reign forever and ever.

Rejoice! God’s gracious gift is more than we wanted, more than we dreamed, and more than we can understand. Praise be to God for his unspeakable gift! “This is the gift that wanted me!”